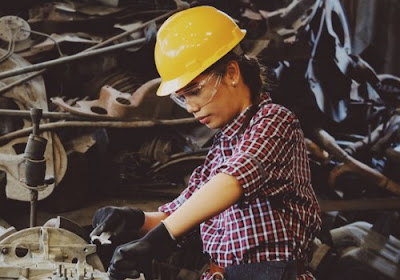 The next example is of a workplace group in the Philippines. It is of particular interest to note that this YCW did not begin by starting a group and having meetings. The work began by making friends with the workers and discussing their work problems. The regular YCW meetings developed as the action developed.

“I began working in a garment factory in Manila which produces ladies’ underwear such as panties, nighties, bras, blouses etc. Its products are for export to Europe and especially France. There are 74 workers in the factory – mainly women aged 16 to 50. In peak times (e.g. before Christmas) as many as 50 extra workers are hired as contract labourers.

There were many problems in my workplace, but nobody dared to speak about them for fear of being reprimanded or terminated. For example, most workers received P/22 (US$2.60) per day. Workers had no benefits, even the most basic ones. If you got sick or had an accident there was no compensation.

There were many strict laws that did not respect the worker’s dignity – for example timed and limited minutes for going to the toilet. Also, we had inspection every time we entered or left the company’s premises. We had to show our bras and panties to the guard on duty. Also, workers wanting favours from supervisors at work (e g. to go home to visit when parents were sick) were asked for sexual favours in return.

I thought that these problems were too difficult to change. Also, I didn’t really care so much. I accepted that this was the system. As long as I had a job and was earning some money this was the most important thing. But the hardships made me think sometimes – especially after long days of work and overtime. My life seemed like a robot’s, but we are not machines. We do have limitations.

I used to talk about this sometimes with my friends, but we thought that we could do nothing about it. We thought that this is our fate and we just had to have patience. Then the day came when my friend invited me to go with her to meet another girl who was a YCW organiser. I asked another friend and the three of us had a meeting with this organiser.

It was good to talk with someone else about the situation and we were able to list many things that made us discontented. The YCW girl told us about legal rights as workers and gave us hope that we could initiate action for change in our workplace.

Other meetings followed. At these meetings we started to share more about our personal lives, about our aspirations, about how to start sharing our plans with our co-workers. Slowly we came to understand what the YCW was doing. Then finally five of us officially started a YCW group.

Our immediate tasks were:

•  To reach out to more workers and make them aware of the situation in the workplace through individual and group sharing.

•  To encourage them to attend education/formation training to deepen their knowledge about the situation and know their rights as workers.

• To initiate action by forming a workers’ organisation that would fight for our demands in the workplace.

We had to work with great care and secrecy so that the management did not find out. We used many methods: discussion during break times, visitation to the workers’ houses, and social gatherings to build worker solidarity.

We continued the process learned in the YCW (See, Judge, Act). Education and formation seminars were launched to help worker awareness. Among those given were: Basic orientation course, Declaration of Principles, Introductory course for the workers, and Genuine Trade Unionism. Prospective leaders were given special courses such as: Union administration, Speaker’s Leadership Training, and other skills formation.

Then somehow the management found out what we were doing. The five of us were questioned and asked to resign. We were harassed and rotated in the workplace. Finally, we were suspended. But the work continued until finally we were able to process the legal papers and register our union with the Department of Labour and Employment (DOLE).

Then our new union formally approached the management with our demands. Our first demands were that they recognise our union and that they reinstate the five leaders who were suspended. After several attempts to discuss the matter, the workers took action, wearing black protest ribbons, wearing placards with our demands on them, and boycotting overtime work. Finally, the management agreed.

While this struggle of the workers was going on, we five were, at the same time, developing our YCW group, mainly with the younger more active workers. We call this wider YCW group a YCW Chapter. The members of our Chapter were a visible and audible part in the course of the struggle launched at the factory level.

It is important to note that while we took an active leadership role in the forming of the union, the union itself is different from the YCW. The union is made up of all the workers, and it takes its essential place in representing the workers. The YCW takes a wider view. Our central point is the young workers as persons, and we try to build a community that forms and supports one another in all aspects of life.

There were many results of our action:

•  For myself, my self-centred attitude was changed into a communitarian, collective way of life. My conservative attitudes were transformed into a progressive thinking and practice. Instead of being shy, I became vocal and participated. Instead of being passive, I took militant action. Instead of indulging in self-pity, I began to share and take collective action. And I found a way to practise my faith in my daily living.

•  There was a big change in our workplace. We formed solidarity and unity as a group. The workers attitudes to work and to one another were changed

•  Many economic demands were realised. Wages were increased to the Government minimum wage, sick and vacation leaves were granted (15 days each with pay). Maternity leave was extended from 30 to 45 days etc.

•  The workers awareness of their rights and their dignity as persons and workers was increased.” 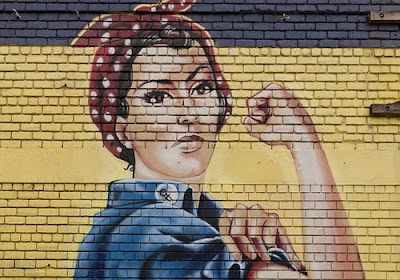