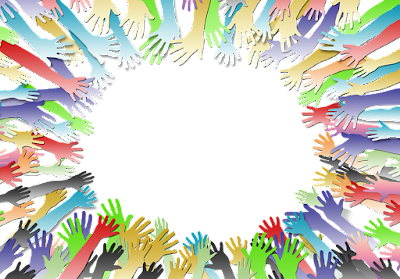 There are many ways to organise young workers

Before you start a YCW group you should first reflect about what sort of group will best serve your people. The YCW is a very flexible organisation. There is no one method that will cover all situations. Always remember that our starting point is the situations that the young workers are facing.

The YCW aims at helping young workers to discover the deepest meaning of life by confronting these situations. Our aim is not simply to start a group but to initiate and form some young worker leaders. It is a longer-term aim demanding a six to eight months commitment.

The first task of the initiating team is to study the situations of young workers in the area. The group we form will, hopefully, be a response to these things. Perhaps young workers in your city or parish are all pretty much alike. There are no obvious divisions among them and they all seem to share the same kinds of lifestyle and problems. And so you may decide to start a general group for young workers and to form a community of them. There are many such YCW groups but this method will not be suitable in many other situations.

For example: Thousands of Filipino young women come to Hong Kong to work as domestic workers. They have borrowed money for their ticket and for the employing agent’s fees. They must first work to repay this loan and to earn enough for their ticket back home.

If, for any reason, their employment is terminated, they are in great trouble. They must return immediately to the Philippines, but they have no money. Many try to remain and to get another job but they are illegal migrants hiding from the police.

These workers work six days a week. Most of them are required to live-in’ with their employers and to be constantly available: Many have serious work problems. There are labour laws outlining their rights, but it is difficult for one young foreign worker to stand for her rights against her employer.

On Sundays thousands of these workers meet in Statue Square. They sit in groups, eating packed lunches, writing home or just talking. It is their one day off and they are lonely and wanting other young company. How would you organise these young workers? Could their situations be effectively addressed in a general group with other Hong Kong young workers?

In Pakistan cities many Christians live ‘Christian colonies.’ This means they all live together in small slum houses within a predominantly Muslim city. They are poorer than their Muslim neighbours and they suffer discrimination because of being Christians. At school they were not allowed to drink from the same cups as their Muslim friends. Now they are refused service in many shops and excluded from many forms of employment. Most young men work as sanitation workers, operate petrol pumps, white-wash walls or they are unemployed.

How can we organise an effective YCW in such a society? Will we organise only Christians – or will we try to form a mixed group of Muslims as well? Should we try to organise all young workers in a colony or would it be more effective to organise a group of, for example, sanitation workers?

I recall visiting a village in South India where there are many young Dalit women. Culture and tradition decree that they must not leave home to look for work but there is no work in the village. So, many of them take on work rolling ‘beedi cigarettes.’ The agent supplies tobacco and ‘beedi leaf.’ The girls meet under a tree to sit on the ground, rolling cigarettes in leaf and tying them with cotton thread. There is no difficulty in organising these young women to ‘meet’ for they meet every day at the water well and under the tree where they work.

Compare this situation with that of the Chinese migrant workers working in factories in Macau. They work ten hours a day, six days a week and then must do overtime after work and on Sundays. One girl was ten months in Macau and had not had even one day off. The YCW group starts meeting at 9.30pm on Sunday evenings and even then some arrive late after work. The initiator of a YCW group in the Indian village has a very different task from the person trying to organise a YCW in Macau.

These are the things we need to know about the area. Perhaps in one area there are a lot of factories. The workers are young migrants from the provinces who live in dormitories. It may be effective to start a parish YCW and try to attract some of these girls to come along. It may be more effective to try to make friends with one of these young migrants and motivate her to start a group in the factory.

The second task of the team is to decide on what sort of group will best fill the needs of the young workers in the area.

In the Asia Pacific region, we have four main types of groups. They have been developed because of different needs.

Many parishes feel a responsibility to be involved with post school youth and with worker issues. The YCW offers a means to achieve these aims.

The parish group is made up of a group of young worker leaders. They meet every week to review their life and plan worker action. Sometimes a parish group of leaders will also form another larger group of members within the parish. This second group will be part of their responsibility as a YCW group.

The parish group can face difficulties if it is seen as a parish youth group with many duties to perform in the parish. Sometimes also parish groups come under pressure to spend most of their time studying the bible. The YCW is motivated by Gospel values – but it is not a bible study group.

For example: If a community is torn apart for some reason – religious or racial or whatever – it may not be very effective to start a group that caters only for Catholics, or for migrants.

Sometimes the biggest problem is a community problem. It can be only solved by uniting all the young workers of that community. A parish group will not be a practical solution.

In many parts of our region, Christians are a very small minority. A parish group can be a great support to young Christian workers. It may be the only place where they can discuss their values and beliefs openly. But it may stop non-Christians from joining the group.

Do we want non-Christians in the YCW?

The YCW began as a response to the worker problem and the effects this was having on young workers. It proposed a different vision – a vision of how work could be organised more justly and a vision of how young workers could and should live. This vision is based on the vision proclaimed by Christ, a vision that was meant for all peoples.

There have always been non-practising Christians and non-Christians in the YCW. As early as 1938 Protestants and Anglicans joined the YCW. Then animists in Africa, young Jews during World War II, then Hindus, Buddhists and Muslims.

The YCW in Asia once approached a famous Cardinal asking for support to employ a full–time worker for the extension of YCW. The Cardinal said: “I will support the employment of two fulltimers but one of them must be a Christian and the other a Muslim. There can be no answer to workers’ problems in this country by setting up a separatist group.”

The result is that today there are countries where there are non-Christians in the YCW. However, in other countries, this is discouraged or forbidden by the local bishops.

Integration does not mean compromise

There are difficulties in starting YCW as a neighbourhood group; a group that is open to all young workers of the neighbourhood.

It can mean that the group is united only in the self centred aim of improving their economic situation. This, of course, is not the YCW.

It can mean that the group is looked on with suspicion by some that it will be seen as a means of trying to convert people to the Catholic faith.

It can mean that the group will have difficulty in getting support from the Church.

If you think of starting a neighbourhood group you will need to study these matters – and organise to prevent these difficulties from undermining your work.

The category group is another successful means of organising the YCW. A category group is made up of members from one work sector. For example, they may be all workers in electronic factories, or all nurses, or all migrant workers or all unemployed workers.

Category groups have one obvious advantage. The members share a common life situation. When they meet they will very naturally share experiences. The members will easily understand one another’s situations. They can more easily organise common action.

Forming category groups also has its dangers and difficulties. The group may talk only about their common situation. They may come to regard the group as a place where this is the only thing discussed. If a member changes their life situation there is a difficulty in how to continue to belong to the group. If you think of starting a category group you will need to study these things and make plans. The way a group starts is often the way that it will continue.

In some countries there are large numbers of young workers working together in the same factory. They work long hours in the factory. Often they also live close to the factory, in slums or dormitories or high rise buildings. In such situations the YCW often organises groups in the workplace. Like category groups these groups have the advantage that members share the same life situation. They understand one another’s situation easily. They can cooperate with one another in action in the workplace.

Workplace groups also share the difficulties of category groups. In many countries the YCW has a large role in the formation of trade unions in the workplace. The YCW leaders are naturally elected to the union leadership. There is a difficulty in working out where the YCW ends its work and the union begins. The YCW leaders can become so involved in the work of union negotiation that the work of formation is neglected.

Once again, if you decide to start a group in the workplace, study first these problems and have a clear idea on the direction to take.

There is no right way or universally better way to do this work. Every case is different. I challenge you to study your situation and to make the decisions on what sort of YCW to form – what situations it will primarily address – what basis it will have for coming together. I challenge you not to just take the easy way but to choose the most fitting way.

The YCW is not a youth club, it is a young workers’ movement. Our aim is not simply to start another group, or to “do something for the youth in the area,” or to involve the youth in the parish. Believing, as we do, in the unique purpose and possibility of each young worker’s life we want to accompany them in their important struggle; to view their life with enthusiasm, to see the possibilities of how their life can make a difference, and to inspire and motivate them to participate, become involved and take action. We want to form them as leaders with convictions and skills to take their place in life.