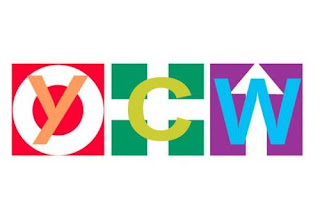 There are many possible solutions

Young workers face many problems and many organisations have been set up to help them. Let us look more closely at some of the solutions they offer. This will help us to understand better the specific solution of the YCW.

Providing for the victims

Some charitable organisations work this way. When someone is in trouble, they come to their aid like the good Samaritan in the Gospel. They provide for their wants and so solve their problem.

For example: Young women in one Asian country migrated from villages to work in factories in the city. No provision was made for their accommodation and the wages were so low that they could not pay for adequate accommodation. The result was that they were forced to live in crowded rooms, often ten girls to one little room. So, a charitable organisation decided to build a hostel to accommodate them properly.

Some organisations work this way. They see some people in trouble perhaps facing a situation that is oppressive and inhumane. So, they organise for them to escape from this oppression.

For example. Many young workers are employed in a work situation where both wages and conditions are so bad that they cannot live with dignity. If these workers had further education and more skills, perhaps they could get a better job. So, an organisation decided to set up courses to educate them and help them acquire new skills – and a new job.

Some organisations work this way. They see people in trouble and recognise that this is unjust. They organise a group to protest this injustice, a social justice group.

For example. Many brick kiln workers in one Asian country are employed as bonded labourers They receive no money as wages but are only given survival supplies. The employer is using them as slaves and demanding work from children and old people in the family as well. So, an organisation has set up a group of lawyers and community workers to build community awareness of this problem and to protest to the government to make laws to stop these abuses.

In essence the YCW is not a problem-solving group. It does not begin with a problem but with a person. The YCW believes that there is a unique dignity and role in being a young worker. It aims to accompany young workers in discovering and living out this dignity and role.

What do these words ‘dignity’ and ‘worth’ mean? A building, like the Taj Mahal, also has dignity and worth. The difference is this – a person’s dignity and worth is lived or personalised by their action. Most people will spend most of their lives as a worker. What sort pf action can they take to make ‘being a worker’ a unique, worthwhile, dignified and fulfilling way to live? What does it mean to be a ‘good worker’?

It, of course, means much more than negative things like ‘not stealing’, ‘not wasting the boss’s time’ or ‘not being uncharitable to fellow workers.’

Let us take the example of a young worker working in the free trade zone in Sri Lanka. Her wages are unjustly low, her working conditions unsafe and she is forced to live in a crowded shed. This is an unjust and oppressive situation that must be addressed. However, the YCW does not begin action by building a dormitory or helping her to ‘escape’ to a better job, or even by organising a social justice group to protest these abuses.

Rather our point of entry is by motivating her to take up her responsibility to confront this situation. This is her world and her life, and she must play her part. As Cardijn says, “No one can do it instead of her just as no one can do the eating for her. She is indispensable.”

She has the right and the responsibility to be a free and active participant in society, to formulate opinions and to work to achieve change. The YCW will try to accompany, challenge and support her in achieving these things.

We do this with a special point of view that is based on our convictions about the worth of every person, the dignity of work, and the purposefulness of life. This point of view is inspired and challenged by the teachings and values of Christ as portrayed in the Gospels.

The worth of every person

Cardijn so often said: “A young worker is worth more than all the gold in the world.” Gold has worth because it is beautiful and can be exchanged for money. The dignity and worth of a person is something higher than that. A person is alive, free, able to make decisions and to take action. A person is someone who can truly make a difference by his or her action in daily life. This sort of dignity cannot be bought or sold with gold or money.

The dignity of human work

The work of every young worker has a dignity because it is their special contribution to the world. They have creativity and skills and they contribute these in the hope of achieving good for themselves and others. Work is the most significant way of participating and collaborating in society. Young workers want to do something worthwhile and fulfilling and they want the respect and esteem of others for what they do.

But society considers some work to be lowly and servile. As a result, the wages and conditions of these workers are very bad. For example, in Pakistan many young people must work as sanitation workers. It is a very dirty job involving cleaning streets and sewers. The wages and working conditions are deplorable. And society looks down on sanitation workers as being the lowest of the low.

Societies pay the doctors very well and they are highly respected members of the community. Why is it that the sanitation worker is so lowly regarded? If society decided to dress sanitation workers in a clean uniform every day and to pay them the same salary as a doctor, perhaps people would compete to get this job.

To find a solution to the problems of workers we need to work not only for the dignity of the worker but also that society grows in awareness and respect for the dignity and value of all human work.

The purpose of life

Was this world planned or did it happen by accident? Is there a meaning and purpose for my life? These are questions that men and women have always asked. One thing we know from experience; when a person takes on some project and devotes their life to it, their whole life changes. They will suffer difficulties and hardships gladly, if only they can progress their project. Their lives become lives of purpose, sacrifice and commitment.

When Scott, the great explorer of the Antarctic, lay dying in his tent surrounded by a world of snow and blizzards, he wrote a letter to his loved ones at home. “What lots of things I have to tell you,” he wrote. “How much better it has been to be toiling and achieving than lounging in too great luxury at home.” Scott suffered terrible hardships, but he had a goal that overshadowed the daily struggle and gave meaning to his suffering.

The YCW believes that there is a reason for every person’s life, that we all have a personal, unique mission to fulfill on earth. Not many will be called to do a work like Scott. Most of us lead ordinary lives and it is in our ordinary lives that we must find our mission.

What does that mean in practice? We often feel that the directions of ordinary life are already decided, so we just drift along, living within these guidelines, “doing what everybody else does.” The YCW asks young workers to reflect about what they do each day; getting up in the morning, having breakfast with the family, going to work and meeting others on the way. Then the hours of work, the work that is done there, the wages and condition, the relations between co-workers, the lunchtime break.

In everything that happens in our life we have an opportunity to make a difference or to do nothing. YCW believes that in these everyday happenings we have not only an opportunity but a responsibility. We have a personal mission to play our part and to build a better world.

The YCW begins with the ordinary everyday life of young workers, the site of their responsibility and mission. In YCW gatherings we discuss the situations facing young workers –and challenge them in the light of our convictions – about the worth of every person, the dignity of work and the purpose and meaning of life.

The YCW is proud to profess its Christian character. We acknowledge that Christ was a trailblazer whose vision and values were declared in the real-life situation of workers in his time. His vision and values are not only an inspiration, but a challenge, to us today.


YCWs are proud to be workers and members of the working class. We do not wish to escape from that class, nor do we ask charity. Rather we fight for justice; for the right of all workers to live a fully human life.

The YCW is proud to belong to the wider Workers’ Movement and acknowledges its responsibilities towards that movement. That is why we define our specific task as ‘the task of education.’ Through our method of action and reflection we will form leaders with analysis, skills and commitment to remain worker leaders for life.